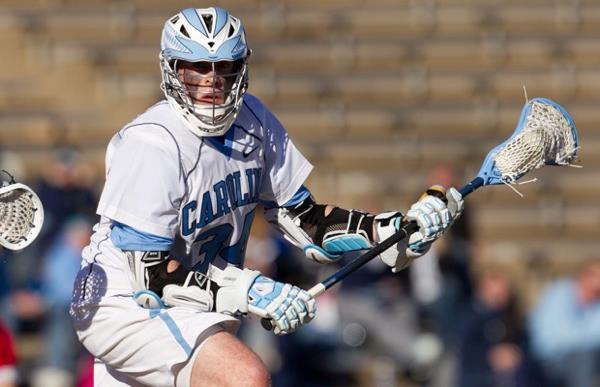 On October 9th, The University of North Carolina granted junior Nick Galasso a release so he could pursue a transfer to a new program. His search didn’t take long as Galasso has announced that he will be headed to Syracuse to play lacrosse for the Orangemen.

Galasso made a visit to the Syracuse campus yesterday, and didn’t wait long to commit. “When we were getting ready to leave, Coach Desko asked me if there was anything else we should talk about. Right then I told him I wanted to make my verbal commitment,” Galasso said.

In Galasso, Syracuse will be getting a stellar and complete attackman who can feed and dodge with the best of them. He has 8 multi-goal games in his career, to go along with 10 multi-assist games and 16 multi-point games.

Nick expects to complete his current semester of education at North Carolina and then transfer to Syracuse for the Spring semester. His expectation is to be eligible to compete in the 2013 lacrosse season, although he doesn’t quite know where he’ll play yet. “I haven’t played with these guys yet, so I don’t know where I’ll play,” Galasso said of his new team. “I have to go in there and play well. Most likely it will be on attack, but maybe some midfield. There are no guarantees.”

In 2010, Nick Galasso was the number one lacrosse player on the West Islip team. Additionally, Galasso was the top overall recruit coming out of the state of New York and ranked second in the nation according to MaxPreps.com. He is Long Island’s all time leading point scorer with 500 career points.

Be the first to comment on "Nick Galasso Transferring to Syracuse"