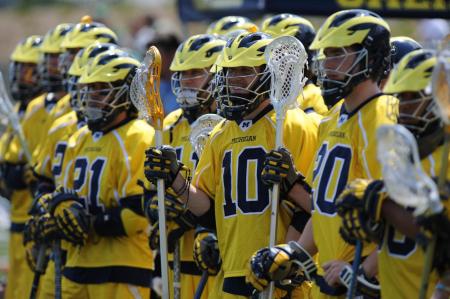 As we get closer to the start of the 2013 lacrosse season for many universities in the U.S., the full schedules for those teams begin to come out. Such was the case yesterday where the University of Michigan announced their 2013 lacrosse schedule.

Michigan, who won three consecutive national championships at the Division I club level from 2008 to 2010, had a rough start in their inaugural NCAA Division I campaign. In their 2012 season, the Wolverines only claimed one victory, a 14-4 triumph over Mercer. They finished the season with a dismal 1-13 record, but managed to grow as a team in their first season in the Eastern College Athletic Conference (ECAC) Lacrosse League.

Beginning with the 2013 season, the University of Michigan will no longer be an affiliate in the ECAC. Their games will count, and the squad should be prepared to compete better than last season. See below for a full look at their 2013 schedule.