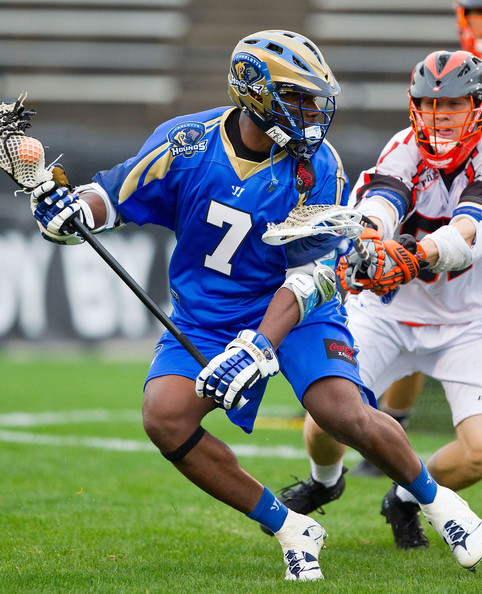 Warrior Lacrosse seems to have gotten itself in a bit of trouble over a hashtag they created for marketing their Warrior Dojo shoes. The hashtag, #NinjaPlease, has been used by Warrior to help create interest among Twitter users for their shoes as of late. The hashtag was then re-tweeted by Major League Lacrosse, and many other lacrosse fans as well.

Jovan Miller, who currently plays for the Charlotte Hounds, took offense to the hashtag when he noticed his Twitter followers using it. “It kind of alarmed me at first,” Miller said. “The actual meaning behind ‘Ninja Please’ is the ‘N-word Please.’ They put ninja in it to kind of disguise it.”

A quick search on UrbanDictionary.com for the term backs up Jovan’s claims. It only took some internet searching for Jovan to find out where the hashtag came from. Unfortunately, Warrior is one of the primary MLL sponsors, and manufacturer of plenty of his equipment and gear – including the Hounds jerseys.

Because of the inappropriate hashtag, Miller will be boycotting Warrior until they speak to him about the situation. “If I won’t wear the uniform, obviously I can’t play,” said Miller, which means his career in the MLL could be in jeopardy. “Honestly, it was offensive. I didn’t feel like there was necessarily malice behind it, but I felt like they knew they could get away with it. Warrior is a company that prides itself on being ‘edgy’ but this is too far,” Miller added.

While Miller believes Warrior has done plenty of wrong in approving of such marketing tactics, he carries no negative feelings towards the MLL. “As far as Major League Lacrosse is concerned, I do believe they were just ignorant to what the phrase was. But in those [Warrior] offices, when someone came up with that phrase, I believe they knew exactly what they were talking about,” Miller said.

Jovan Miller is one of only three African-American players in the league, and has taken a stand not only for himself, but for anyone who might be affected by Warrior’s poor judgement. “This doesn’t just affect me. I’m not just speaking for myself. I’m speaking for every black man or black girl who has ever picked up a lacrosse stick,” he said.

Miller has reached out to Warrior in hopes to talk to the marketing team, or anyone who OK’d those tactics, but has yet to receive a response. The boycott of Warrior will continue until he receives some sort of apology or response. In the meantime, Jovan has given away all of his Warrior gear via Twitter. He will not be seen in a Hounds Warrior jersey until this issue is resolved.

Oddly enough, since Jovan raised an eyebrow to the situation, all references of the hashtag have been removed from the Warrior site and social media accounts. Major League Lacrosse also removed all removed any references to the hashtag, once they became aware of the meaning.